There will be a mixed response to news of Harry Maguire’s inclusion in England’s starting line-up against Italy this evening. Some will rage, some will laugh, some will sneer and, away from the mob, some will simply question whether Gareth Southgate is right to pick a player who has been in such poor form lately.

It makes perfect sense, though. With less than two months to go before the World Cup, a Nations League match against the European champions at San Siro represents the type of examination Maguire badly needs. The big question is whether he is ready for it.

Maguire has played just 11 minutes of Premier League football, as a late substitute for the injured Lisandro Martinez against Arsenal, since being dropped after United’s calamitous 4-0 defeat by Brentford on August 13. And it has escaped nobody’s notice that United’s defending has tightened up considerably since Erik ten Hag dropped the club captain.

“Clearly it’s not an ideal situation,” Southgate said at last night’s pre-match news conference when asked about the lack of football played so far this season by Maguire, Luke Shaw, Ben Chilwell and others. “We’re only a few weeks on from pre-season, so physically, if they’ve had a few 90 minutes, that’s fine. Another seven to eight weeks, that does become more complicated.”

“But (Maguire) is an important player for us and it’s important to back our best players. Whatever reputation I have, I’m putting it on there.”

It was a brave statement. Soon after taking over as England manager in 2016, Southgate said he would “never pick on reputation”. He felt he had seen several of his predecessors do that — not least during his own playing career — and was determined to select his teams on merit.

There is always a danger in taking that kind of statement too literally. Form is a nebulous concept. So is reputation and so is merit. In Southgate’s mind, Maguire’s performances for England over the past five years merit trust.

Whether at club or international level, coaches have to weigh up all of these factors and others, such as physical condition, confidence, experience, know-how and of course the opposition and the tactical plan. Picking a team on reputation alone would be a nonsense. So would picking a team entirely on form.

Southgate’s success as England manager — and, yes, leading an underachieving nation to a World Cup semi-final and a European Championship final should be considered a success when you consider the team’s undistinguished record over the previous five decades — has been based on a strong, resilient defence.

Maguire has been integral to that. Along with John Stones, who has also faced regular calls to be dropped after falling out of form and favour at club level, the former Leicester defender has been a mainstay of this England team. While the chemistry in midfield has been a persistent concern, the centre of defence, generally speaking, has not.

“He is our most dominant aerial centre-back,” Southgate said of Maguire. “He and John are incredible with the ball — the amount of pressure they have taken for the team in tournaments because we don’t always have that midfield pivot player who can progress the game. It means there’s a huge amount more pressure on our centre-backs to use the ball well and those two are as good as any in world football at doing that.”

As Southgate points out, we are not just talking about humdrum qualifying matches. We are talking about performing under severe pressure against a range of opponents in two major tournaments.

At the 2018 World Cup, Maguire was a revelation, surprising those of us who were sure he would be a weak link. At the Euros, particularly against Germany, Ukraine, Denmark and Italy in the knockout stage, he performed superbly, barely putting a foot wrong. The UEFA technical committee named him alongside Leonardo Bonucci in their team of the tournament. 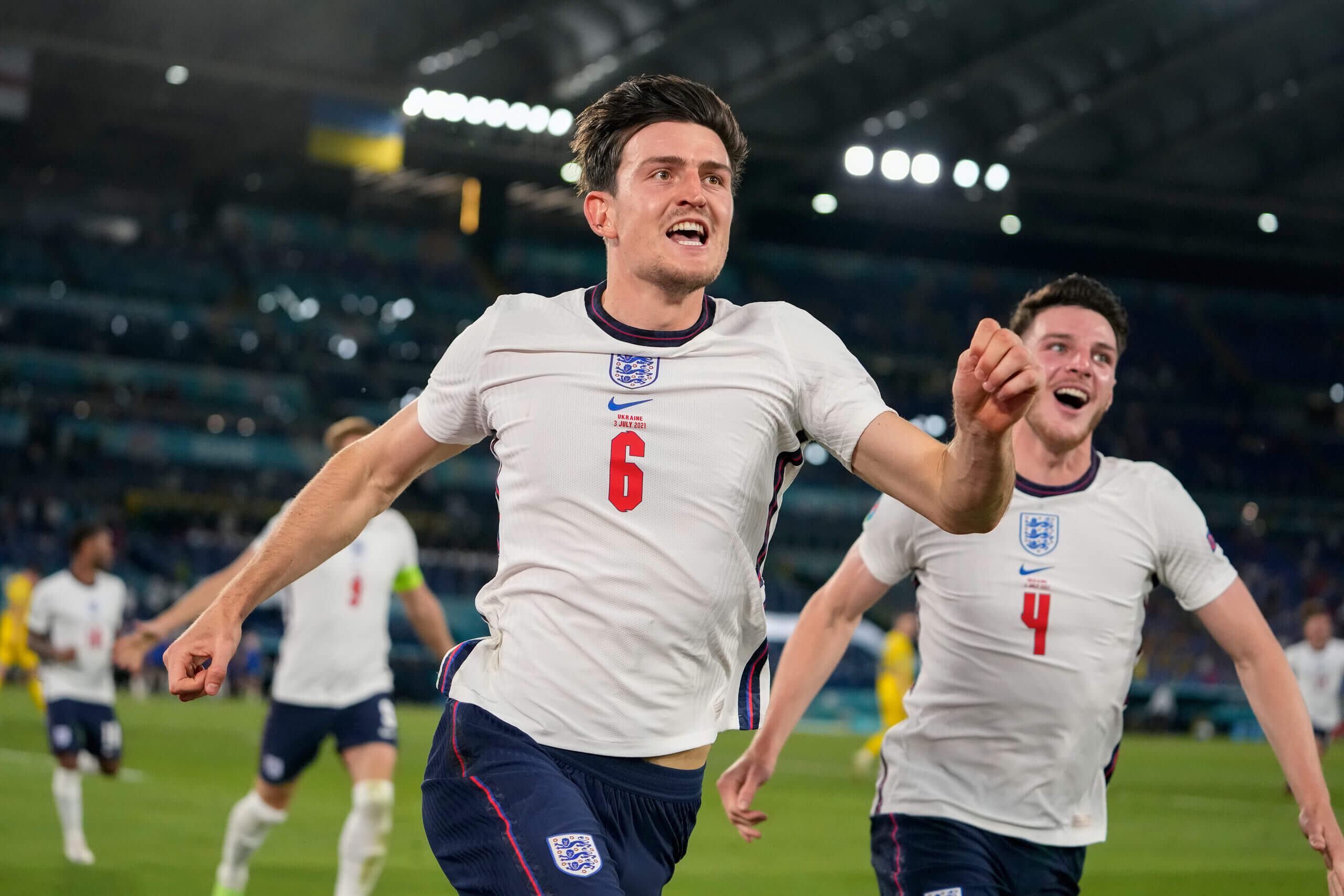 Maguire celebrates scoring against Ukraine in the quarter-final of Euro 2020 (Photo: Getty)

You could count Maguire’s poor performances for England on the fingers of one hand. Clearly the same is not true of his United career, but he was still one of their better performers in his first two seasons at Old Trafford; no, he didn’t look like the next Rio Ferdinand or Nemanja Vidic or indeed much like a United captain, but he performed more competently and consistently than most in a team that was improving while still lacking a clear tactical identity.

Maguire’s form for United collapsed last season, but he was far from alone in that regard. In a team that lost its way entirely, the £80million ($89.5m) man was inevitably among a handful of players who bore the brunt of the criticism. Making mistakes and struggling to impose any kind of leadership over a disconnected group of players, he became the butt of derision, a one-man meme. Funnily enough, that never seems to do wonders for a player’s confidence.

It was interesting to read Giorgio Chiellini’s thoughts when he was asked about Maguire in an interview with The Times this week. “I am sad for Maguire’s situation because he’s a good player,” the Los Angeles FC and former Italy defender said. “They require too much of him. Just because they (United) paid £80million for him, he has to be the best in the world every match? It’s not right. The value of the market is dependent on many aspects you can’t control. It’s not your fault.”

Of course, nobody was expecting Maguire to be “the best in the world every match”, but there is some truth in what Chiellini said. Even during Maguire’s first two seasons at United, there was a tendency to judge him negatively in the context of his transfer fee — particularly in comparison with Liverpool’s Virgil van Dijk or Manchester City’s Ruben Dias.

“Him and Stones are a good duo,” Chiellini added. “OK, maybe Maguire is not Rio Ferdinand, but he’s good enough.” 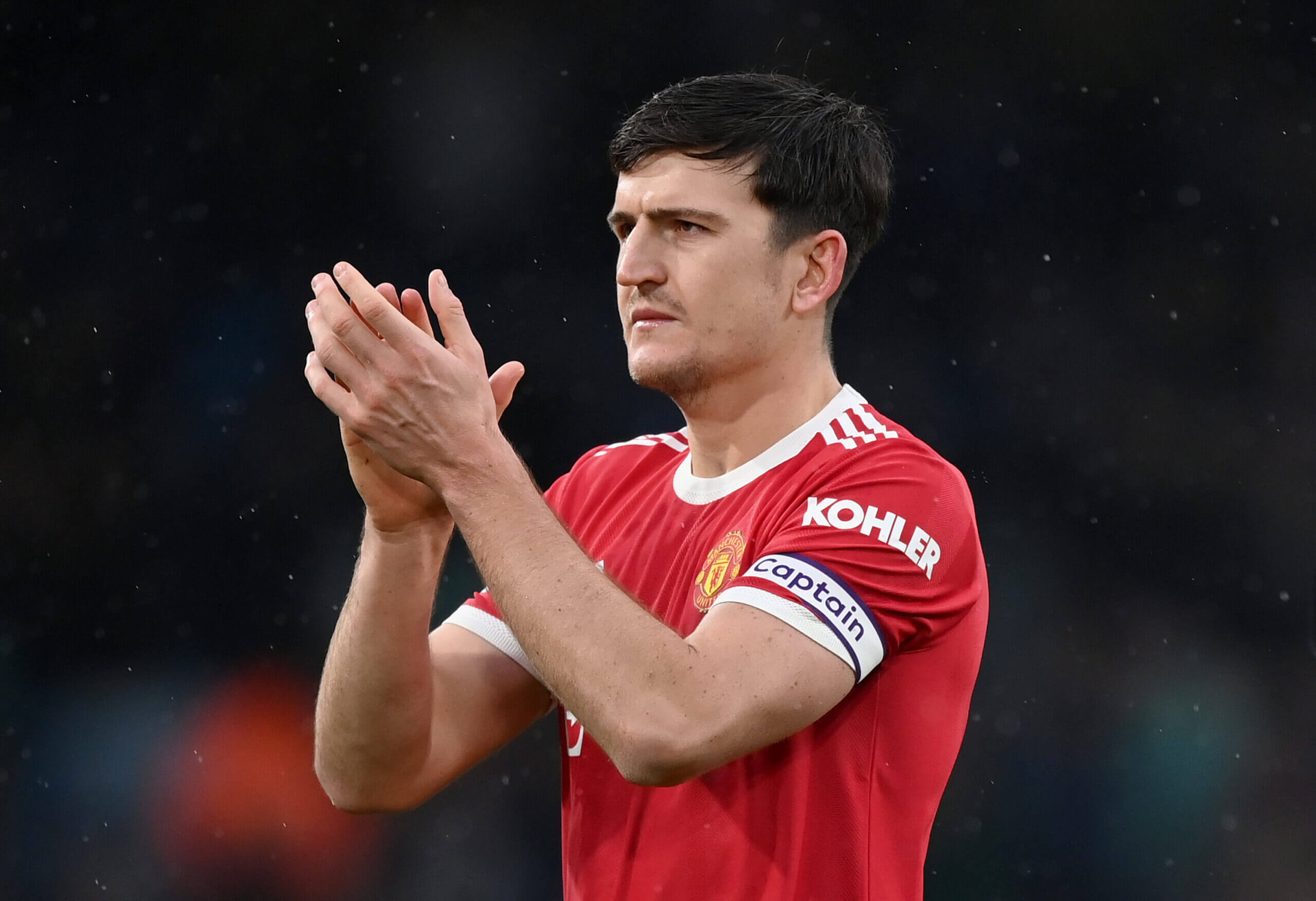 To this point, Maguire’s performances for England have reflected that. As last season went on, Southgate took the opportunity to look at Conor Coady, Tyrone Mings, Ben White, Marc Guehi and Fikayo Tomori, planning for the future, but Maguire has remained central to his plans for the World Cup.

Maybe it would be different if Southgate wanted to play much higher up the field, the way Erik ten Hag intends to at United. But the way England play has suited Maguire — and vice-versa.

Maybe it would suit others, too. Not just Guehi or Tomori, but perhaps Wolverhampton Wanderers defender Maximilian Kilman, Arsenal’s Ben White or Everton’s James Tarkowski, all of whom have started the season well.

The word “trust” is important. Southgate isn’t picking Maguire on reputation. He’s picking a player based on trust that has been built up over five years. It’s loyalty, but it’s not blind loyalty.

Quite clearly that loyalty is being tested by Maguire’s struggles at United, where he now faces a battle to win his place back from Martinez. But for a national team coach, there is a clear benefit in going with players and characters he knows and trusts — and who know the system — rather than being swayed too heavily by fortunes at club level.

Of course, performances at club level count for a lot, but we have had decades of seeing England managers flip-flop between one player and another, picking the flavour of the month, blown by the wind of popular opinion (and yes, at times standing steadfast against it) and going from one tournament to the next — sometimes even from one game to the next — without the slightest sense of continuity.

Southgate is different. There has been stability to his England in terms of ideas, personnel and tactical structure.

Maguire is one of those who have represented that continuity since he made his debut just under five years ago. If we are talking about reputations, you could argue Maguire’s has been built more on his performances for England than for Leicester or United.

As such, he is a curiosity in English football, a player whose best performances have come not in the Premier League or Champions League, but on the international stage.

That is why Southgate finds himself willing to stake his reputation on Maguire. Because his belief in the player is not based on reputation, name or status. It’s based on performances in an England shirt. For as long as that remains the case, Plan A will remain unchanged. But it will be put to the test in Milan this evening.