The instant reactions of the Viktoria Plzen players said it all. Laughter, disbelief, anticipation, trepidation. It’s all there.

As a relative minnow in a Champions League group-phase draw, you want onebig, glamour team among your opponents. To get three of them is, well, overwhelming and daunting. But also extremely lucrative, thrilling and what feels like a once-in-a-lifetime opportunity.

Between them, Bayern, Barcelona and Inter have won 14 Champions Leagues/European Cups. They’ve been world club champions on six occasions and been domestic champions in Germany, Spain and Italy a combined 77 times. Viktoria Plzen once won the Czech Cup.

To be more accurate about Viktoria’s credentials, they have won six Czech titles in their history, all coming since 2011.

In the past 12 seasons, they have only finished outside the top two on two occasions. It is the golden period in the club’s history, which had mostly been spent flittering between the first and second divisions in a variety of different guises (including Skoda Plzen and Spartak Plzen).

This is the club’s fourth foray into the Champions League group stage in the past 11 years. That’s more than PSV Eindhoven and the same number as seven-time winners AC Milan and Marseille, who won one final and got to another in the early 1990s.

However, given the fearsome calibre of opposition, you’d imagine some Viktoria fans will merely want to avoid the dreaded “nul points”, a fate that has befallen more teams than you might think.

Strictly speaking, the historic definition of a whipping boy is “a boy educated alongside a prince who supposedly received corporal punishment for the prince’s transgressions in his presence”. Not taking a five-goal diddling in San Siro, then.

In modern terms, though, it has come to resemble any fall guy or a sacrificial lamb or, as we know it in football parlance, a perennial loser.

Whipping boys in the Champions League, which for the purposes of this article we will define as a team who lose all six group games, are fairly common.

A whipping boy was actually a rare sight in the early years of the group format, which was first introduced in 1991 – the final time the tournament was known as the European Cup – but this was high-end stuff, with the final eight teams split into two groups of four. The two group winners contested the final.

From 1997 onwards, there were six groups of four (the six winners and two best runners-up going through to the quarter-finals) and it’s here we find our first whipped boys, Kosice of Slovakia, who found themselves in a group containing Manchester United, Juventus and Feyenoord and only scored two goals.

Notable achievements include Spartak Moscow (who seven years earlier had enjoyed six wins from six after the admittedly favourable draw of Legia Warsaw, Rosenborg and the in-fighting Blackburn Rovers, with David Batty and Graeme Le Saux giving a new meaning to the term “aiming for the knockout stages”) going from heroes to zeroes when they lost all six (scoring one goal and conceding 18, including a 5-0 slapping at Anfield) up against Valencia, Liverpool and Basel in 2002. 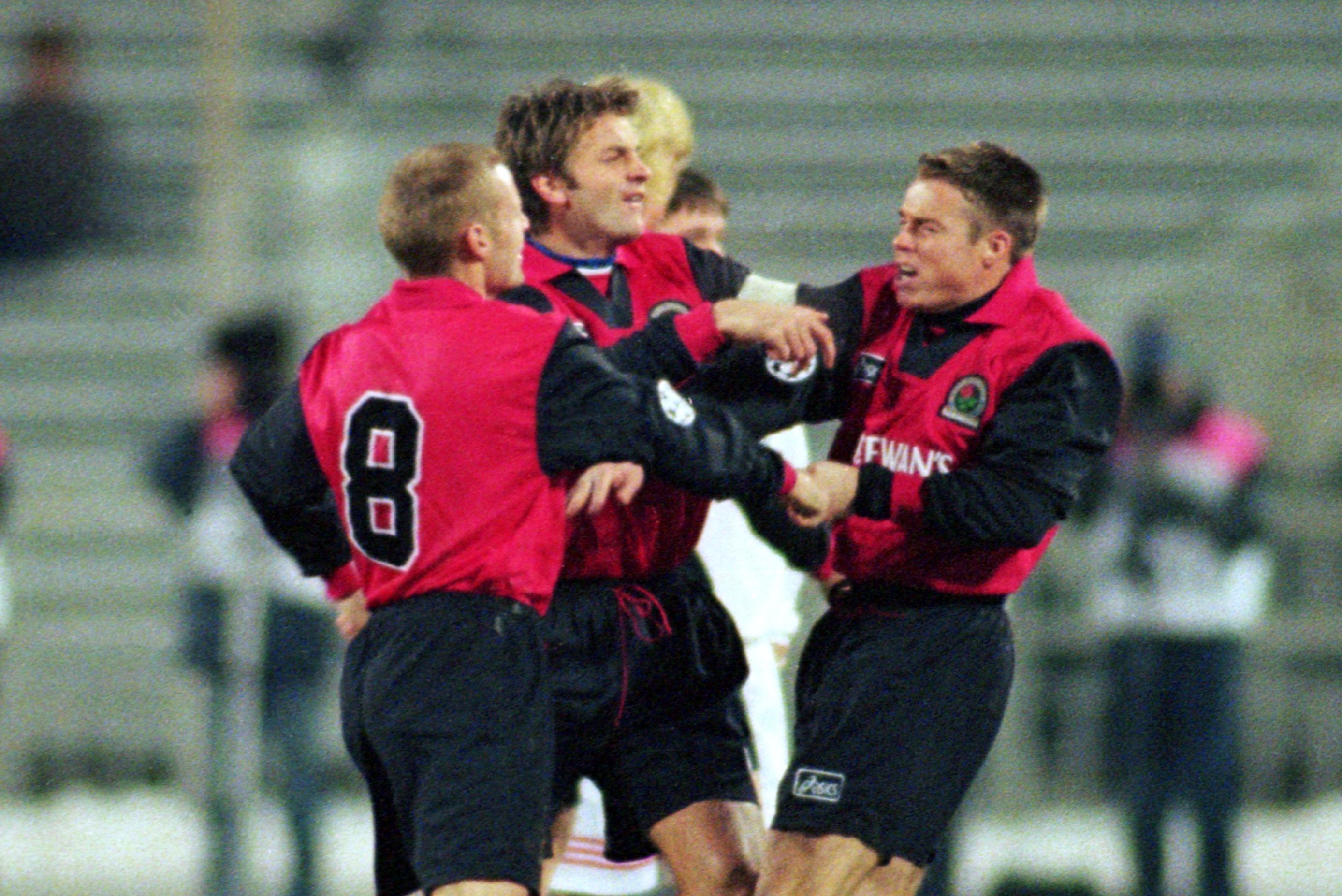 In the 2009-10 competition, Maccabi Haifa became the first team to lose all six games without scoring a single goal, although defensively they actually fared pretty well against Juventus, Bayern and Bordeaux, losing five of their six games 1-0, to go with a 3-0 home defeat to the latter.

Maccabi weren’t, however, the first scoreless team in the Champions League group stage. Deportivo La Coruna had managed that five years before but 0-0 draws with Liverpool and Olympiacos meant they finished with two points.

The worst goal difference registered by a team finishing with zero points is an almighty minus-19 from six games, a dubious honour going to Dinamo Zagreb, who scored three and conceded 22 in a group containing Real Madrid, Lyon and Ajax. Defeats included being thrashed 7-1 at home to Lyon and then 6-2 at the Bernabeu. Despite this, Dinamo won their domestic title by a massive 21 points that season, losing just one of their 30 matches (with a teenage Mateo Kovacic in midfield), which perhaps doesn’t say much for the standard of the Croatian league that year.

Minus-19 isn’t the worst goal difference the Champions League has seen, though. In 2014-15, BATE Borisov conceded 24 goals in six games (0-7 vs Shakhtar Donetsk and 0-6 vs Porto being their two worst results), but an unlikely 2-1 victory over Athletic Bilbao meant they avoided a six-game rout.

BATE’s record of 24 goals conceded is shared with Legia Warsaw in 2016-17 who, despite losing 8-4 at Borussia Dortmund as well as 6-0 at home (a combined shellacking of 14-4 by the Germans) as well as a 5-1 thumping at Real Madrid, somehow qualified for the Europa League in third place due to beating Sporting Lisbon 1-0 at home and claiming a 3-3 draw in the Spanish capital, pipping Sporting by a point. In terms of goals for and against in six games, Legia’s 33 remains a Champions League record.

Anyway, back to the whipping boys. Zagreb hold the distinction of appearing twice, with a second appearance in 2016-17 when they also became the second team to finish last in a group without scoring, drawing a blank and conceding 15 against Juventus, Sevilla and Lyon.

And it isn’t just teams from less familiar European leagues who make up the 24 pointless teams.

Benfica, Marseille and Villarreal are on the list, as are Bayer Leverkusen, who were the only club to earn no points from the second group stage (1999-2003) when they played Newcastle, Inter and Barcelona.

Conversely, there are huge underdogs who have emerged from a group of titans having bloodied a couple of noses.

Qarabag of Azerbaijan were drawn with Atletico Madrid, Chelsea and Roma in 2017 but earned two creditable draws against Diego Simeone’s team (0-0 at home, 1-1 in Spain).

But again they took a couple of draws out of it, rising to the occasion away in Italy and Catalonia.

Then, last year, Sheriff Tiraspol caused one of the biggest shocks in European football history by beating Real Madrid 2-1 in the Bernabeu which, combined with a 2-0 home win over Shakhtar, saw them reach the Europa League knockouts from a group also containing Inter. This season, Sheriff have Manchester United in their sights.

They are in the Europa League group stage because they were beaten in the Champions League qualifiers by Viktoria Plzen, who went on to beat Qarabag in the play-off round, which brings us full circle.

Reaching the Champions League group stage and being handed such a plum draw already makes this season a success for Viktoria, who will earn around £15million ($17.3m) in prize money alone, plus some TV cash, some coefficient money and the possibility of £2.4million for any victory they manage or around £800,000 for a draw. All in, with gate receipts, they’ll earn £20million.

And that is reward for a financial gamble taken by their general manager Adolf Sadek who, with the club in post-pandemic financial trouble and saddled with debt, brought in 13 players during the summer to improve the team that won the title last season, with the specific aim of clawing through the Champions League qualifying rounds and securing that pot of gold. And it was one of those signings, striker Jan Kliment, who scored the winner against Qarabag two weeks ago.

“This is the most valuable one,” Sadek said of the club reaching the group stage for the fourth time (also 2011, 2013 and 2018). “For the past two years, I have been struggling with the situation in general. I was already dead for a while, then half-dead, now I am alive for a while. We’ll still breathe.”

It was a day Sadek will never forget — his daughter was born in the afternoon.

“This is a day that will never be surpassed by anything,” he said, before revealing it was Champions League qualification that made him happier. “My wife won’t be watching, so I’ll say I’m happier we reached the Champions League. The hospital is a short distance away… when we scored, it woke up my child twice.”

Sadek wanted a draw that would give Viktoria a chance to reach the knockout stage.

Realistically, he didn’t get it, but that won’t quell the excitement from the club about the draw. Viktoria immediately published guides to their illustrious opponents on the club’s website and offered a three-match group stage ticket for as little as £116 (top-end price: £325).

Assistant manager and former Viktoria player Pavel Horvath said: “We got probably the toughest group available. When we imagine the most beautiful stadiums in Europe, which are in Milan, Bayern and Barcelona, ​​we probably have a lot of beautiful experiences waiting for us, which we will definitely remember. 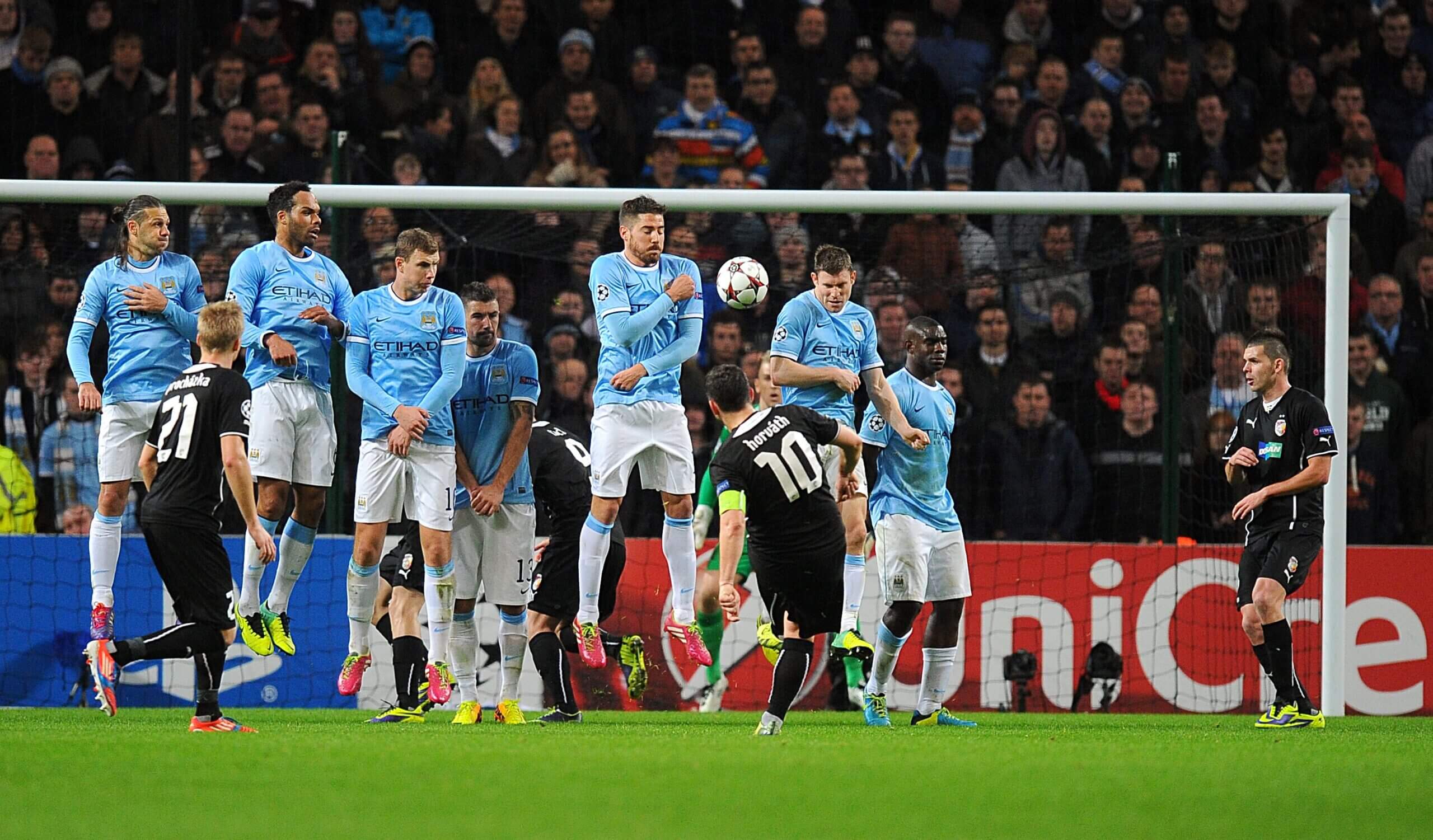 Midfielder Jan Sykora called it a boyhood dream come true: “I had three dreams; play in the Champions League, win the title with Viktoria and play against Barcelona. Now all three have, or will, come true. The whole year has been amazing and it’s crowned by this.”

Do they have a prayer? Or will they become the Champions League’s 25th whipping boys?

One thing Viktoria have in spades is a winning mentality.

Head coach Michal Bilek and experienced assistants Horvath, Marek Bakos and Matus Kozacik they have unified the dressing room after a disastrous fifth-placed finish in 2021 (the club’s lowest for 11 years) and the side is now defined by team spirit, work ethic and a never-say-die approach that saw them win tight match after tight match last season (17 victories by a 2-1 margin since Bilek took over a year ago).