Gameweek 4 was a thrilling and action-packed set of fixtures. We saw Liverpool put nine goals past Bournemouth and Manchester City come from two goals behind against Crystal Palace to win 4-2.

There is not much time to rest, though, as Gameweek 5 kicks off tomorrow. Every team will play three games in the space of around a week. There will be rotation and reduced minutes so there is a need to target players who are the least prone to rotation.

Brighton continued their solid start to the season with a 1-0 win over Leeds United. Their defensive players look well worth investing in, especially goalkeeper Robert Sanchez (£4.6million) who is the second-highest-scoring goalkeeper in the game. They have conceded the fewest goals in the league (one) so far and kept the most clean sheets (three).

Lewis Dunk (£4.5m) and Sanchez look to be the best options. They should play gameweeks five and six where Brighton have good fixtures for clean sheet prospects as they face Fulham (a) and Leicester City (h).

Further forward, Pascal Gross (£5.8m) is a great option at that price. He has three goals and one assist and played 90 minutes in all four games. He has been occupying a much more advanced role this season.

Manchester City looked superb yet again and although they have shipped five goals in two games, don’t worry about their defence. They only conceded two shots in total against Palace, with an expected goals conceded of 0.1. Their defence is elite and they play Nottingham Forest at home next.

We should be looking to bring in City defenders and Joao Cancelo (£7.1m)and Kyle Walker (£5.1m) are the best assets. Erling Haaland (£11.8m) scored a sublime hat-trick but I would be wary about getting him in this week or captaining him. Pep Guardiola has said: “I will tell you now that we have games every three days. Erling Haaland is not going to play every game. Julian Alvarez (£6.2m) is going to play.” 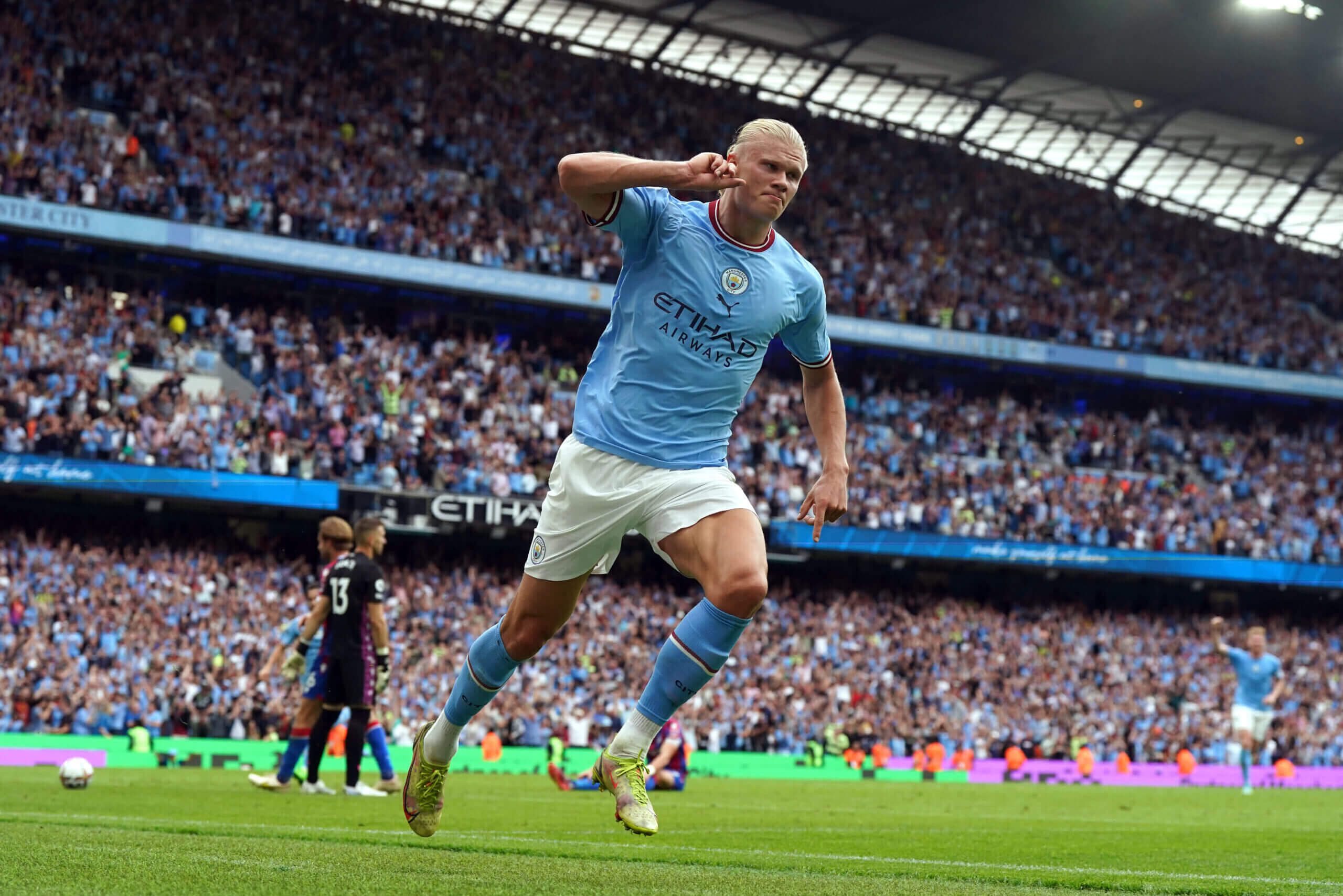 Haaland is in great form but could be rested soon (Photo: Nick Potts/PA Images via Getty Images)

If you are looking to shift out Harry Kane (£11.4m) or Gabriel Jesus (£8.2m)to make room for Haaland, Guardiola’s comments should make you think twice.  If you still own Kane and are getting an itchy finger for Haaland I would hold fire and keep the England captain for the next two at least.

Liverpool put any doubts of their ability well and truly to bed with an emphatic 9-0 win over Bournemouth. It seems crazy that Mohamed Salah (£13.0m) did not register a single attacking point but don’t panic into dropping him. It just wasn’t his day. He missed two huge chances from around five yards out and had four shots in the box, which only Roberto Firmino (£8.0m) could match.

They have another home game against Newcastle United in Gameweek 5 and Salah is my top choice for captain. Don’t let his blank against Bournemouth put you off. We should always look at whether a player is still getting into positions to score and his underlying numbers. Both are positive.

With a game against Southampton in Gameweek 5 and great fixtures going forward, you should be bringing in at least one of the full-backs. Cucurella could be the shrewder pick — he is cheaper and might deliver more attacking points than James, who is occasionally playing at right-sided centre-back.

Tottenham put in yet another solid display with a 2-0 win over Forest. Ivan Perisic (£5.5m) started the second match in succession. If Kane hadn’t missed his penalty, Perisic would have had another assist to add to his clean sheet.

Tottenham play West Ham United away next, though, and this probably isn’t the best time to buy Perisic. He might not start and if he does, the chances of a clean sheet aren’t that high. He should start against Fulham at home in Gameweek 6, which is tempting, but that is followed by a trip to Manchester City a week later. If you already own him then he is an easy keep.

Finally, Leeds United attackers are good buys. In order of preference, I would recommend Rodrigo (£6.5m), Jack Harrison (£6.1m) and Brenden Aaronson(£5.5m). They have great fixtures until Gameweek 10, with Everton (h), Brentford (a) and Nottingham Forest (h) in the next three.

I prefer Rodrigo as Patrick Bamford (£7.3m) is still out injured so his minutes look secure.