Some of the early budget favourites have had a disappointing start to the Fantasy Premier League season.

The Aston Villa trio of Matty Cash, Philippe Coutinho and Leon Bailey are among the five most-sold players this season.

With three gameweeks of information at our disposal, we can now pick out the best emerging budget stars.

It’s fair to say those managers who doubled up on Leicester goalkeepers at the start of the season have been bitterly disappointed: Danny Ward (£4.0million) has scored just three points, conceding eight goals.

He’s fine as a backup pick for our fantasy benches, but those who went with Daniel Iversen (£4.0million) for the double-up should be looking to upgrade him this week to avoid having to start Ward against Chelsea.

Robert Sanchez (£4.5million) is the best pick to go for: he has two clean sheets already this season, conceding just one goal, which was an own-goal. Brightonhave conceded just two big chances in their three matches, which is the best record of any Premier League side.

Brighton have the best run of fixtures over the next five too, facing Leeds, Fulham, Leicester, Bournemouth and Crystal Palace.

I don’t normally advocate goalkeeper transfers outside of a wildcard, but this one should easily pay off.

When it comes to the top-performing defenders, budget options from Arsenaland Newcastle dominate. Arsenal have kept two clean sheets already, with Oleksandr Zinchenko (£5.2million) looking worth the extra outlay over the centre-backs right now.

His new team-mate Takehiro Tomiyasu (£4.3million) will be a bargain once fully fit: he’s managed 15 minutes in each of the past two games and has dropped in price by £0.2million since the start of the season.

At Newcastle, Kieran Trippier (£5.1million) is the go-to option given his obvious attacking threat: he is one of a small number of defenders in the game heavily involved in set pieces and scored a direct free kick against Manchester City last week. 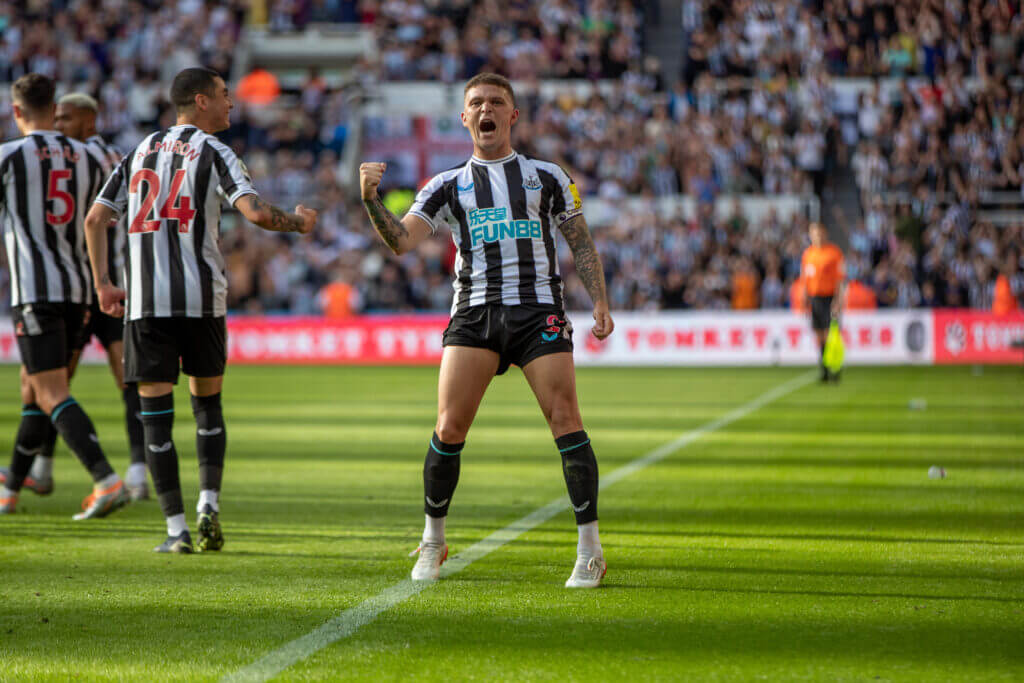 A surprise name tops the highest fantasy points chart to date: Leeds’ Rodrigo(£6.3million) has scored four goals already this season — after seven and six in his other two seasons in England —and is capitalising after being reclassified from a forward to a midfielder.

As Patrick Bamford’s injury problems continue, the Spaniard is leading the line in a side picking up momentum. Rodrigo sits top among midfielders this season for both shots (13) and shots in the box (12), although he is outperforming his three big chances and 2.04 expected goals, so we may see some regression.

Despite this, he remains great value and, given his obvious goal threat, is the best pick to go for from that Leeds midfield over team-mates Jack Harrison and Brenden Aaronson.

Gabriel Martinelli (£6.4million) is another budget pick who has impressed — he should be the go-to Arsenal midfielder now, due to his attacking relationship with fellow Brazilian and namesake Gabriel Jesus.  League leaders Arsenal face Fulham, Villa and Everton in their next four games.

Pascal Gross (£5.7million) has been the surprise package of the season so far, with two goals and an assist. We’ve seen a noticeable shift in his positioning and set-piece involvement for Brighton this season, but it was disappointing to see Alexis Mac Allister taking their penalty against West Ham last week.

Most fantasy managers discounted the points potential of Aleksandar Mitrovic(£6.6million) for the beginning of this season given his promoted Fulham side’s tricky early fixtures, but he’s made a sensational start.

Mitrovic scored a record 43 goals in the Championship last season and doesn’t appear to be slowing down now he’s one rung higher on the ladder. He scored twice in the draw with Liverpool, missed a penalty away to Wolves in Gameweek 2, then got the winner against Brentford last weekend.

Fantasy managers should now be finding a way to bring him in, despite Fulham’s difficult fixtures.

Ivan Toney (£7.2million) looks to be another credible option for our forward lines, with two goals and two assists from Brentford’s opening three fixtures. The favourable schedule continues for them with Everton, Palace, Leeds and Southampton as the next four.

It might be time to redistribute funds in our squads to accommodate some of these exciting forward options. Could we see the return of 3-4-3 in FPL this season?