If you’ve been following the new Premier League season closely, you’ll have noticed commentators purring about the “new” refereeing interpretations: trying to let the game flow, and awarding fewer fouls than previously.

And if you were following the Premier League closely last season, you’ll have noticed they were saying the same thing this time last year, too.

So far, albeit from a sample size of only three weekends, there have actually been slightly more fouls than last season, at 20.6 per game. That isn’t in keeping with popular wisdom that Premier League matches are suddenly played in an entirely different manner, that physicality is allowed again, that matches are now akin to rugby union whereas last season they were like netball. There seems to be plenty of confirmation bias at play here.

But even overlooking those statistics, it’s worth exploring precisely why there has been such celebration that “we’ve got our game back”, whether imagined or otherwise. This movement has been most epitomised by Graeme Souness’ post-match drooling on Sky Sports after Chelsea and Tottenham’s 2-2 draw last Sunday. “I think we’ve got our football back — as I would enjoy football,” he said. “Men at it, blow for blow, and the referee letting them get on with it.”

It’s not quite clear what Souness was talking about.

There was one incident in that match, shortly before Spurs’ first equaliser, when Chelsea might have been awarded a free kick; but it was surely the type of challenge that could easily have occurred in a previous season, and nobody could agree on whether or not it was a free kick.

The most contentious incident involved Cristian Romero pulling Marc Cucurella’s hair; not your typical microcosm of “men at it, blow for blow”.

And while there was an enjoyable squabble between head coaches Thomas Tuchel and Antonio Conte, it had nothing to do with the football being played, and both were shown a yellow card during the game, and then the red one after the final whistle, so that wasn’t, for the record, the “referee letting them get on with it” either.

In terms of an individual game, yes, most neutrals would prefer fewer fouls than more fouls. Stop-start matches aren’t enjoyable because football matches need constant rhythm to be engaging. And there is a huge amount of variety in the number of fouls per game — last season it ranged from six in West Ham’s 1-0 win away to Everton in mid-October to 37 as Leeds beat hosts Norwich 2-1 a fortnight later.

But, clearly, refereeing also sets the tone for what is permissible, how players act on the pitch, and — in a wider sense — the type of footballers managers select, and even the types clubs produce and buy.

And football is, technically speaking, played at a higher level than ever before, by individuals tremendously more skilled than those of two or three decades ago — the era which Souness is presumably yearning for.

Watch a Premier League match from, say, the mid-2000s and you’ll be amazed by the number of simple passes that go astray, by how often goalkeepers hoof the ball long, by how often teams simply launch throw-ins down the line rather than attempting to keep possession.

And part of the reason the game is played at a much higher level these days is stricter refereeing.

Football’s technical development over the years is inextricably linked to players being able to get away with less and less, from charging the goalkeeper to tackles from behind. Once upon a time, you could tackle two-footed, and you could challenge with severe force, as long as you vaguely made contact with the ball.

Now, you cannot, and the result is that today’s Premier League midfields are packed with technically adept, imaginative footballers, rather than cloggers looking to put in an early reducer.

Beauty is in the eye of the beholder, of course, and Souness is entitled to prefer physical football.

But the last time he appeared so delighted with the football he was watching was probably way back when Pep Guardiola’s Barcelona were first dominating European football.

Souness was genuinely enthralled by their ability to keep possession, by the likes of Xavi Hernandez and Andres Iniesta orchestrating play from midfield. He regularly said that he’d love to have a season ticket at Camp Nou, to watch them play that sort of football every other weekend. 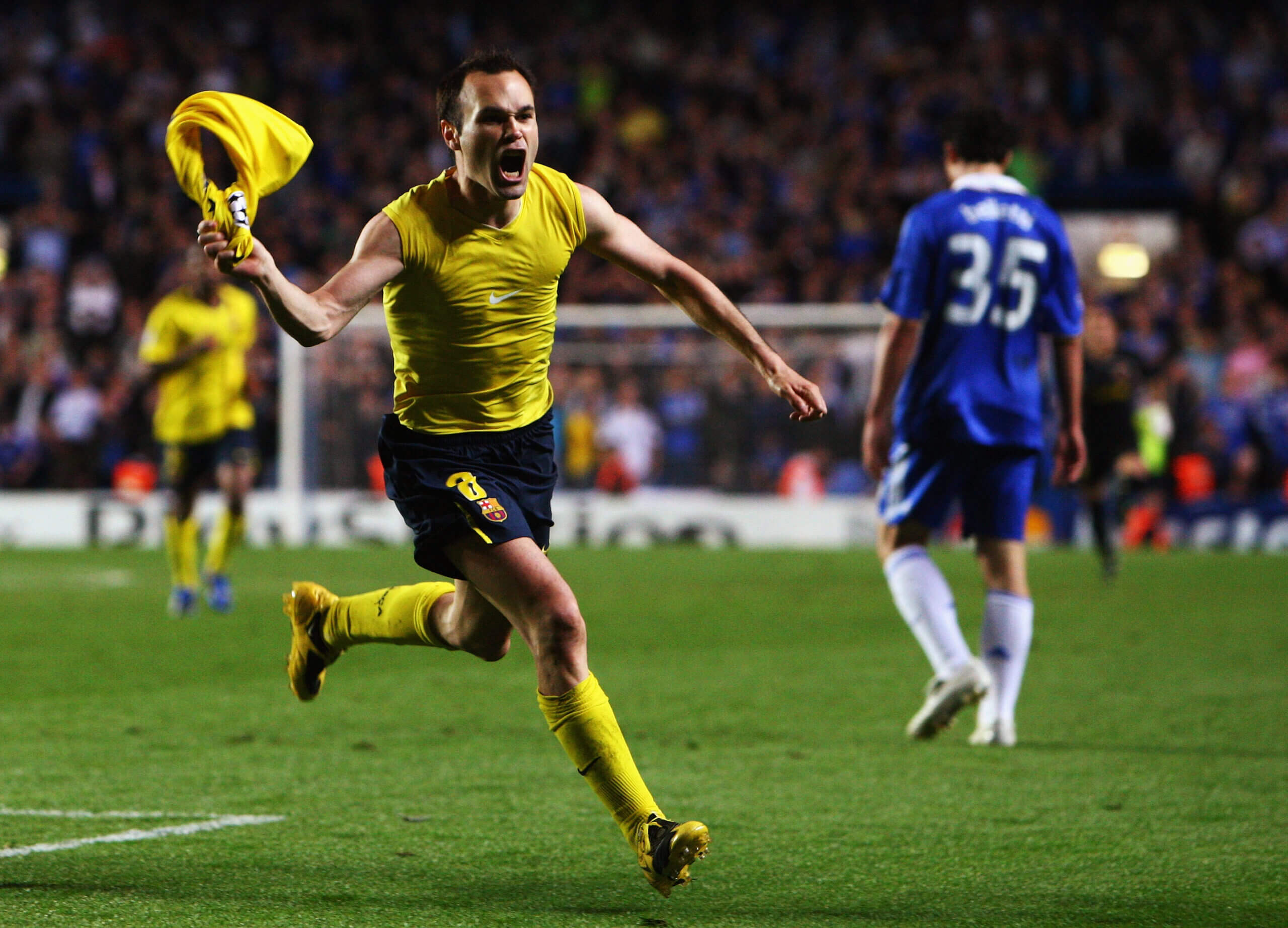 They were the antithesis of the football Souness is calling for now, and it’s no coincidence that they — and other similar players of that generation — originated in Spain.

Spanish referees are typically much stricter than their European counterparts, and that’s still evident in the statistics.

Last season, as mentioned, there were just over 20 fouls per game in the Premier League, around 22 in Italy’s Serie A, around 23 in the German Bundesliga, around 24 in Ligue 1 in France — not that much difference so far — and then fully 27 in La Liga.

On a similar note, nine of the 20 teams were shown 100 yellow cards or more in La Liga, compared to just three sides from the other four major leagues combined (Leeds and Serie A duo Roma and Venezia, for the record), a fact that remains true even if you extrapolate the 34-game Bundesliga season out to 38.

Are players in La Liga significantly dirtier than in other European leagues? No, it’s essentially the opposite — they are punished more strictly, physicality is less of a factor, and technical players have more room to shine.

It’s entirely reasonable to want an individual game with few fouls — but, ideally, that’s because players aren’t doing much wrong, rather than because the ref is letting them get away with it.